The Fédération Internationale des Journalistes et Ecrivains du Tourisme known by its acronym, FIJET, is an organization of journalists, writers, bloggers and media-related tourism professionals that provides quality media service and  tourism promotion programs worldwide. Founded on 02 December 1954, in Paris, France,  as an association of tourism writers, Fijet is one of the oldest non profit organizations. The original founders were made up of groups from France and Belgium, together with Greece, Italy and the Grand Duchy of Luxemburg. Fijet  is known as the World Federation of Journalists and Travel Writers in official English language, but the federation recognizes three official languages, French, English, and Spanish (the Federación Mundial de Periodistas y Escritores de Turismo in Spanish).

In 1962, UNESCO invited FIJET to join as an affiliate member. The objectives of both institutions, UNESCO and FIJET, were alike: promoting the world’s cultures, disseminating ideas, increasing international safety and peace, as well as worldwide co-operation and universal understanding, and stimulating culture and science.

In 1964, FIJET obtained Consultative Status in UNESCO as a Non-Governmental Organization.

Since its foundation, FIJET has contributed to mutual understanding among the peoples of the world. FIJET tries to appeal to every responsible organization and to private, public and national authorities to support the realization of its aims in strengthening the community of humanity.

In the past, “Vue Touristique” was  the official publication of FIJET, with articles published in French, English and Spanish. “Vue Touristique” was  sent to all FIJET members and thousands of copies were sent to popular travel destinations, airline carriers, resorts and hotel chains, national and local tourism offices. In the new millennium, Fijet is now following the trends of new communications.

The worldwide known Fijet award “the Golden Apple” or “La Pomme d’Or” , is more popularly known as its equivalent of  the Oscar in the tourism sector. This award which is for excellence is presented each year to an organization, country, city, or person in recognition of superior efforts in promoting and raising the level of tourism.

Since it was established in 1970, The FIJET Golden Apple Award has been presented to more than  60 recipients.

The FIJET Academy for Young Journalists Project provides an opportunity for young journalists to work with experienced tourism journalists in different countries. The program includes seminars, workshops and hands-on learning experiences. Participating journalists are also given tours and opportunities to meet and talk with locals and international  tourism professionals. Participating students collaborate on writing and presenting an article or report during the course of studies. They are expected to focus on a topic related to the program they attend. Students are also required to write an article for the print media or a product for the broadcast media like a documentary or a report on the host country.

National associations are on the membership network whose raison d’être is to represent the collective travel journalism, interests of members and the not-for-profit organisation (NFPO)Fijet. National associations play a critical role in bringing the federation  together. Fijet  accepts  individual membership of journalists and tourism writers in countries where there is no National Association affiliated with FIJET.

Today, the association counts over 650 members, from more than 30 countries, which are actively engaged in journalism as publishers of trade publications, editors, staff writers of consumer or trade publications, book authors, and freelancers in print,   broadcast and social  media network. These professionals are committed to objectivity in their work, to constantly strive to raise the level of world tourism, the level of recognition of destinations and their attractions.

Every  year, the Fijet  Congress is organised in different host countries and it brings together its members from around the world to share ideas on the maintenance of peace and security and to improve co-operation among nations through tourism, culture and education. Fijet World Congress provides a platform for dialogue between representatives of different cultures to exchange ideas about new trends, problems, knowledge and skills, to establish and develop international tourism, mutual understanding and cooperation. Therefore, the Congress provides a regular opportunity for all to build good and strong relationships.

The Executive Committee and Board of Directors also conduct meetings several times a year in various destinations worldwide.

FIJET also provides research facilities and opportunities for communicating and exchanging information with other members and industry professionals. In addition to acting as a point of contact for media and public relations personnel, Fijet coordinates and organizes media trips and conferences in order to provide members with new contacts and story opportunities.

Membership in FIJET is open to working professional travel journalists, photographers, and broadcasters. Our membership also extends to publishers and edtiors of consumer and trade publication, book authors and freelancers.
Current and potential members must provide proof of their professional credentials. A periodic audit of our members is conducted to insure that they adhere to our standards.

FIJET  promotes its activities through national associations.  FIJET  supports international projects of its members. Country-based  projects implemented by national associations are becoming increasingly important in the field of international and national tourism promotion. These projects involve a large number of different  partners and  stakeholders in the field of tourism, and these participants usually have an occasion to present their national values. These national projects are drivers in achieving Fijet goals and objectives within the principles of the federation.

The most important new projects are as follows:

Fijet  Mission
–     The widest expansion of tourism in the world as a powerful factor in reconciliation between peoples.
–    Defense of the right of all people to travel. Conservation of human, natural, cultural and historical resources with due concern over their ecology.
–    Preservation and popularization of those monuments, which by their historical, architectural or cultural character form a common inheritance of mankind.
–    Dissemination of information about nations and their history, habits, traditions and culture.
–    Encouragement among the tourism organizations of the world and the international exchange of experiences, making certain not to discredit the profession by members’ behavior or their writings.

– Development of new forms of tourism and new destinations to provide holidays at all social levels of the populations. 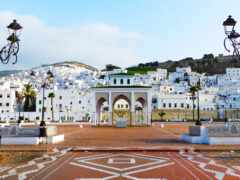 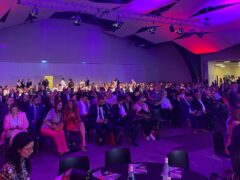 Malta, a small island in the middle 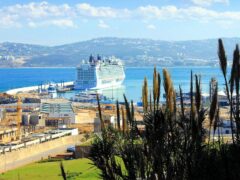 We are excited to announce the FIJET